Navigation
You are here: Home / Parties / Valentines Minute to Win It 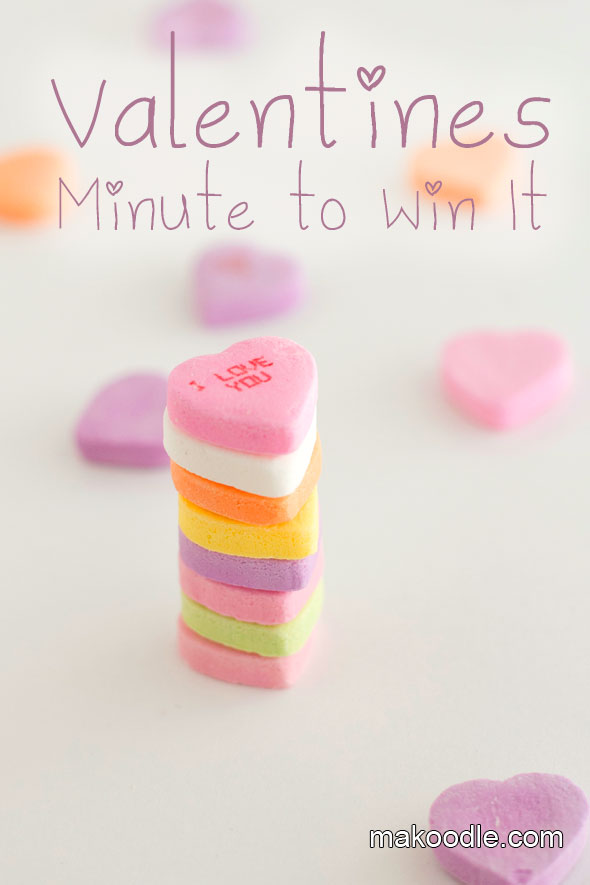 Happy Valentine’s Day!  I was the party planner for my daughter’s Valentines class party today.  I’m not able to volunteer in her class very often because I work full-time, so when I am able to volunteer I try to make it count.  Parties mean a lot to my daughter and I knew I needed to deliver for her and her friends.

For the party, we broke the class into four groups that rotated through four fifteen minute stations.  One of the stations was a Valentines Minute to Win It station.

Valentines Minute to Win It 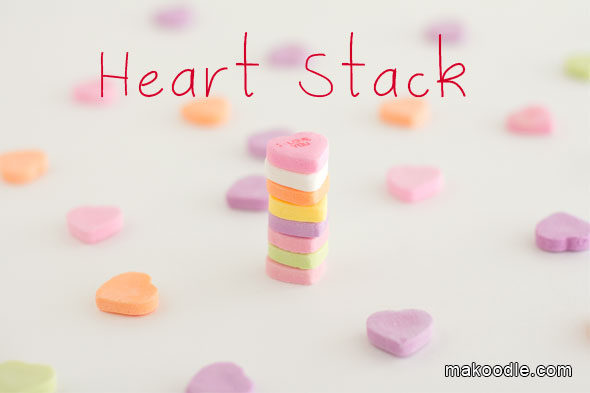 For the Heart Stack, they had one minute to stack conversations hearts as high as they could.  If the stack tipped over, they could start over.  At the end of the minute, whoever had the tallest stack received a point for their team. 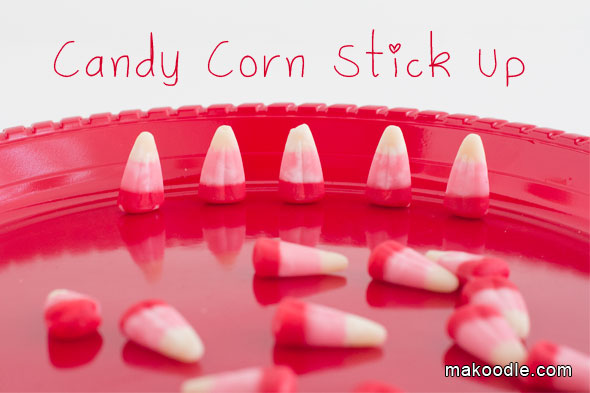 For the Candy Corn Stick Up, they had one minute to place as many candy corns upright as they could.  Whoever had the most candy corns standing up at the end of a minute received a point for their team.

For the Candy Pick Up, there were two plates full of different shapes and sizes of Valentines candy and two empty plates.  Each kid would use chopsticks to move as many candies to the empty plate as they could in one minute.  Whoever had moved the most candies at the end of the minute received a point for their team. 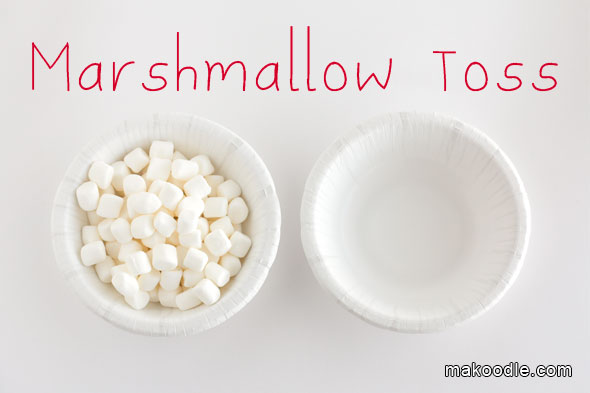 For the Marshmallow Toss, there were two bowls full of miniature marshmallows and two empty bowls a few feet away.  Each team would toss as many marshmallows into the empty bowl as they could in one minute.  The person who got the most marshmallows in the bowl at the end of the minute received a point for their team. 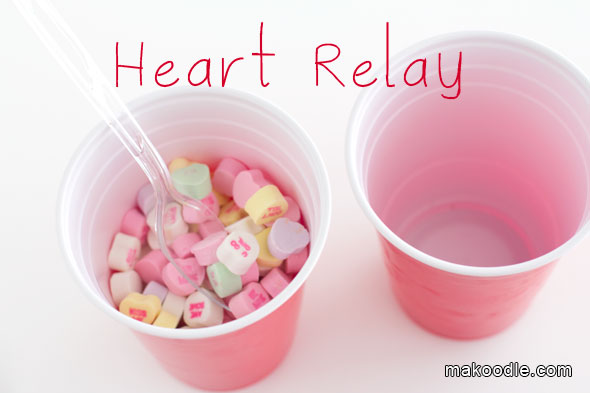 For the Heart Relay, there were two cups full of conversation hearts and two empty cups a few feet away.  They had one minute to move as many hearts from the full cup to the empty cup using a spoon.  At the end of the minute, the team that moved the most conversation hearts received a point. 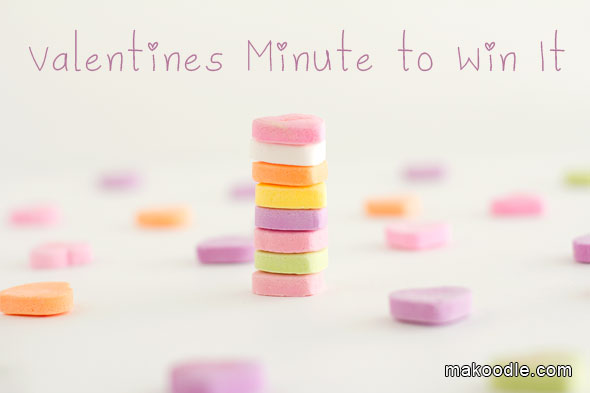 The kids loved this station.  My daughter said that we have to play minute to win it games at the next party.  The great thing about this game is that the supplies are simple and the games are quick, easy to understand, and competitive.

I let the winning team pick a Valentine treat from a treat bag.  For more great minute to win it games check out Sassy Sites for some great ideas.

If you like this idea, be sure to become a fan of Makoodle on Facebook or subscribe to the feed to stay up-to-date with Makoodle’s latest freebies and projects.