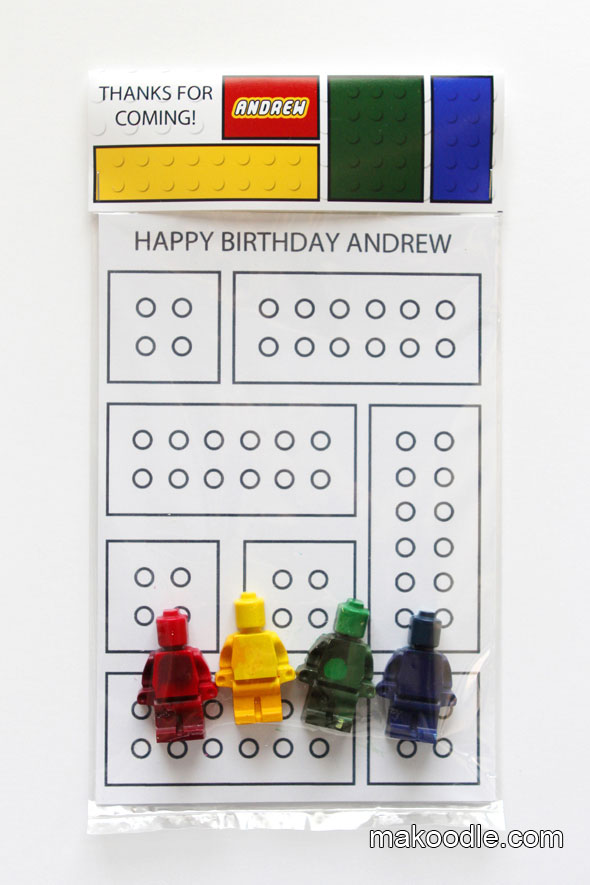 I wasn’t quite sure what to do for a Lego party favor, but once I found these awesome Lego minifigure molds from Amazon and knew I had to use them for my son’s Lego birthday party.  I used the brick mold for his Lego cake and decided to use the minifigure for his party favor. 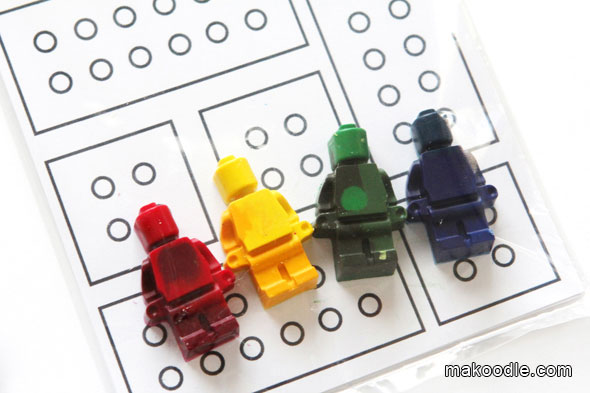 Not only was this party favor simple and inexpensive, it couldn’t have made my son happier.  How could you not love a set of crayon minifigures?

To make the Lego minifigure crayons, the first thing I did was separate a bunch of old crayons into different colors.  I removed the wrappers then cut the crayons into smaller pieces.

Next, I placed crayon pieces in the silicone minifigure mold.  I placed the mold on a backing sheet and melted the crayons in the oven for 10-15 minutes at 225 degrees until the wax had melted.  Once the wax has melted, you have to let the wax setup.  You can leave it on the counter to setup at room temperature.  I put my molds in the freezer for about 10 minutes so the crayons setup quicker. 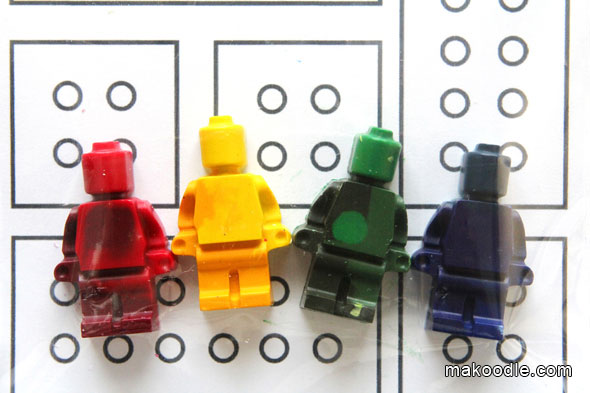 To create the party favor, I created a simple Lego brick printable.  I printed the printable on card stock and put several sheets in a cellophane bag. 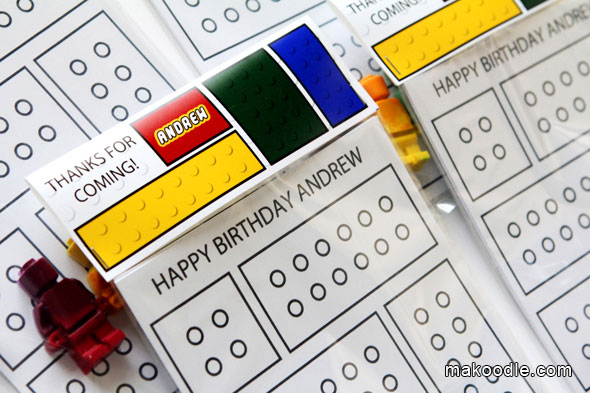 The final touch was a bag topper that coordinated with the birthday invitation.

How’s that for a DIY party favor?  The minifigure crayons were one of my son’s favorite details of the party.