Navigation
You are here: Home / Family / The Tooth Fairy 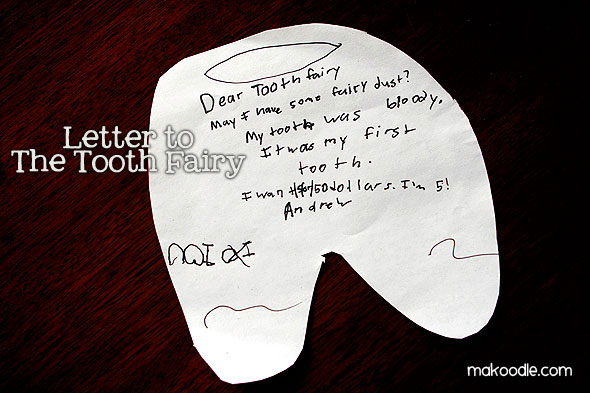 My kids are at the age that they are losing teeth.  My 7-year-old daughter has lost a handful of teeth, but my 5-year-old son hadn’t lost any – until this week.  It kind of freaks me out that my kids are already losing teeth.  For me, having my kids lose their teeth is a definite indication that they are no longer my little babies and that time’s a tickin’.

Letter to the Tooth Fairy 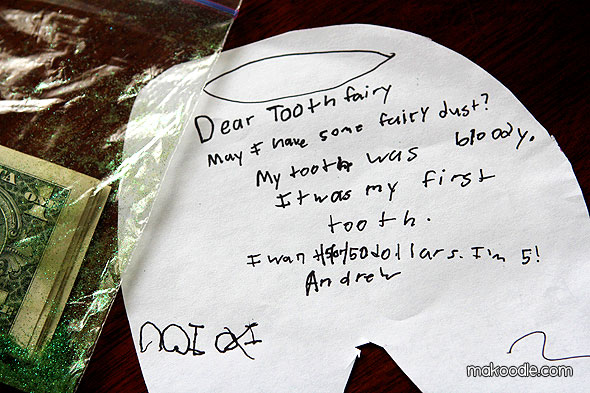 The letter to the tooth fairy was:

May I have some fairy dust?

My tooth was bloody.

It was my first tooth.

How much money do you think Andrew got for his first tooth?  Was it 5 or 50 dollars!?  LOL.  See below for the answer. 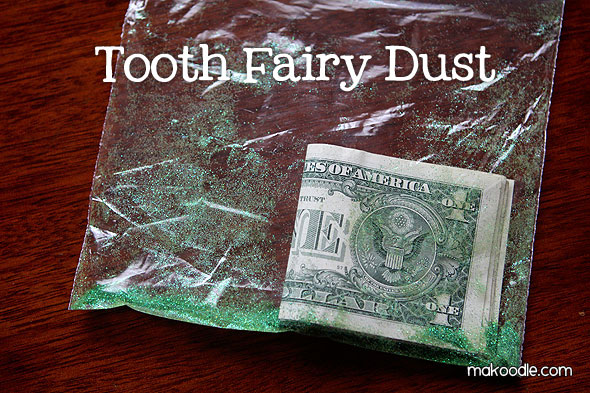 Letter from the Tooth Fairy 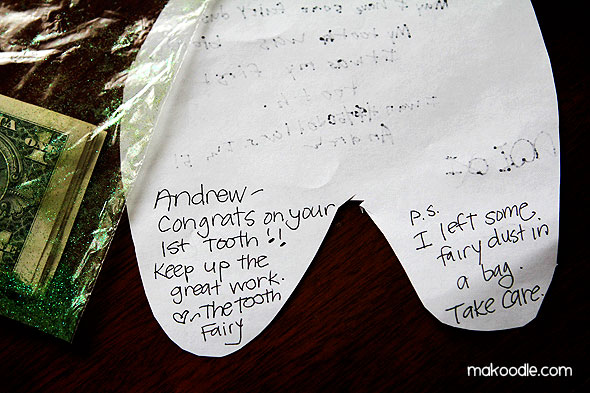